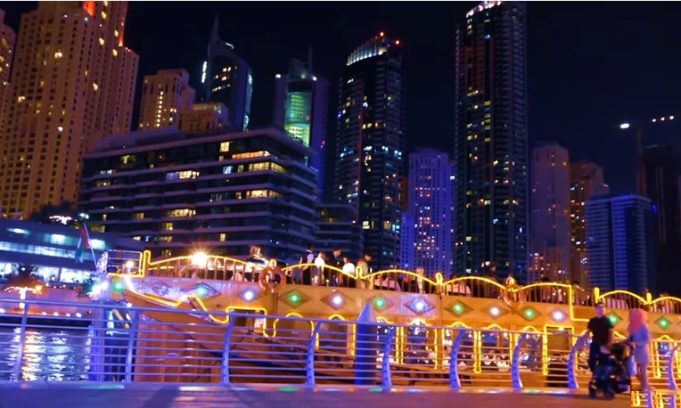 This is an issue most often found on older ships with poor layouts, particularly in areas — like buffets and theaters — where passengers are likely to congregate. However, newer ships have done a much better job of designing more dynamic areas in terms of traffic flow. You might also be tempted to think that larger cruise ships (behemoths like those in Royal Caribbean’s Oasis Class, for example, which each carry more than 5,000 passengers) are congested with so many people onboard. It’s simply not true. As ships grow to carry more cruisers, they also grow to include more deck space, bars, restaurants and entertainment venues to accommodate the larger number of passengers.

It’s true that retirees often have the time and money required to travel for extended periods, but while some lines admittedly move at a slower pace and cater to people of a certain age, there’s so much more to life on the high seas than bingo, afternoon tea and shuffleboard. In fact, many lines now offer special programming for the 18- to 20-year-old set, and there are more people in their 20s, 30s and 40s cruising now than ever before. Cruise lines are catering to both younger and more adventurous crowds with offerings that include trendy, celebrity chef-inspired restaurants; phenomenal children’s programming for younger couples with kids; swanky adults-only areas; innovative spa treatments; and enough adult comedy to make your grandparents blush — as well as shore excursions that range from flyboarding in the Caribbean to glacier hiking in Alaska. (For more on what, exactly, you can do on your cruise, see myth 7 below.) 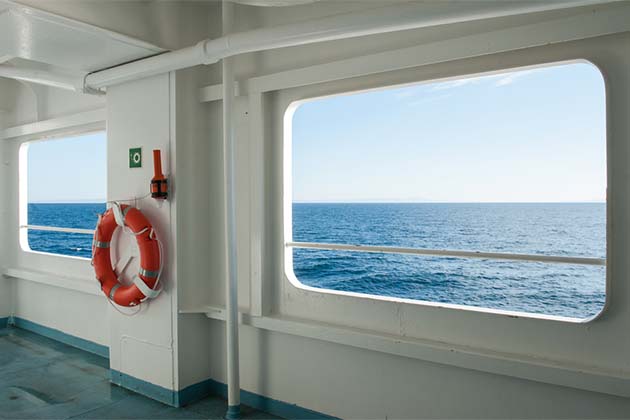 Myth 3: I’ll be stuck onboard.

Whether you’re worried you’ll feel claustrophobic on a ship in the middle of the ocean or that you won’t have the freedom to come and go as you please, don’t worry. It’s true that you’ll be confined to the ship while it sails from port to port, but it’s usually at night while you’re busying yourself with things like eating dinner, attending shows and sleeping. If you choose an itinerary with few to no sea days, you’ll be in a brand-new place when you wake up in the morning, which will limit the feeling of being stuck inside. Rest assured that, should you need to leave the ship in an emergency, the crew is able to make necessary arrangements. Plus, with so many creature comforts onboard, you might find yourself completely forgetting you’re even on a ship in the first place, and with plenty of open deck space, it’s easy to avoid that closed-in feeling.

Fact: According to the CDC’s website, more than half of all reported norovirus cases in developed countries come from nursing homes, hospitals and other healthcare facilities. Health officials track all cases of illness on cruise ships, but that’s not always the case on land. So, although the virus occurs less frequently onboard than it does ashore, you’re more likely to hear about outbreaks on cruise ships than outbreaks elsewhere. While cruising, most ships offer a ready supply of hand sanitizer at every turn, and you’ll hear constant reminders about handwashing — particularly after using the bathroom and before eating — which is the strongest defense against getting sick. Some ships also attempt to limit the spread of germs by banning buffet self-service for the first 48 hours of the trip (the amount of time it takes norovirus to incubate). In cases where the virus does spread onboard (which it tends to do in places where a large number of people reside in close quarters), infected passengers are quarantined, and affected ships go through a thorough cleaning and sanitation process per industrywide protocols before the next group of cruisers is allowed to board.

Fires. Power outages. Rogue waves. Rough seas. Hurricanes. Passengers “falling” overboard. You’ve heard about it all on the news, but before you work yourself into a panic, know this: Statistically, cruises are one of the safest forms of travel. The U.S. Coast Guard inspects all ships sailing from U.S. ports on a quarterly basis to make sure machinery and emergency procedures are up to snuff. Additionally, each ship sails with its own dedicated team of mechanics and engineers, who are specially trained to deal with any malfunctions that might arise. Crew members undergo rigorous training via safety drills to prepare them for emergency situations. All mainstream ships have onboard teams of doctors and/or nurses to deal with medical issues, and the control rooms on all vessels employ equipment dedicated to avoiding hurricanes and minimizing exposure to excessively rough waters. As for “falling” overboard, it’s just not possible unless you’re somewhere you shouldn’t be. All balconies and outer decks have high railings or partitions to keep anyone from toppling over the side. 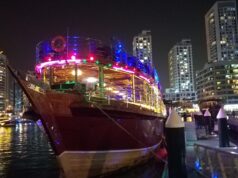 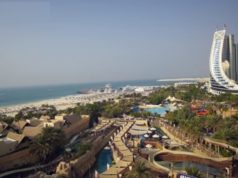 What is the strangest thing that has happened in Dubai?

How to get a job in Dubai (Step by Step Guide)